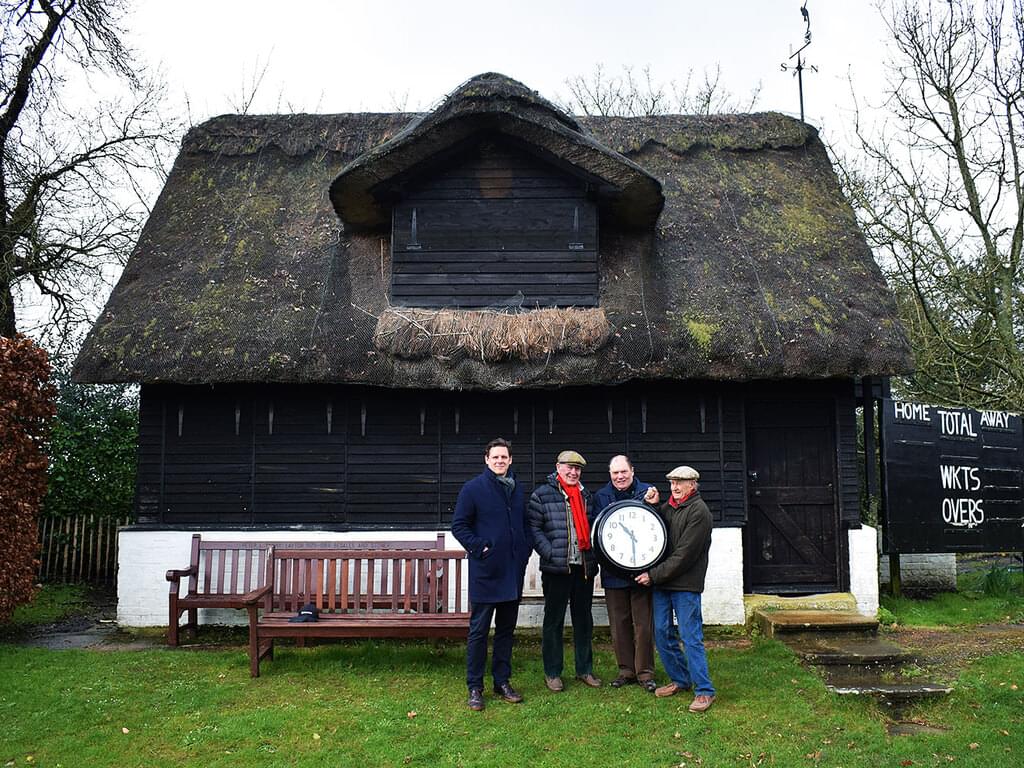 Bedales groundsman Dan Greenman noticed that the clock, which has governed cricket matches on the school’s Memorial Pitch for over 70 years, was no longer working at the end of the Autumn term. With quotes for its repair in excess of £2000, the school’s Facilities department advised that buying a new clock would be the most realistic option.

However, when qualified horologist and Liss Men’s Shed member Arthur Allden kindly offered to take a look at the clock before a replacement was sought, he was able to disassemble it and replace and clean its parts, enabling it to keep time once again.

Following the repair of the clock, Stoner Cricket Club – who have played a week of cricket at Bedales every year since 1934 – stepped in to cover Arthur’s costs for spare parts. They also made a donation to Liss Men’s Shed, which was matched by a donation from Bedales.

Liss Men’s Shed Chairman Brian Mayo explained that the donations will go some way to raise the money needed to refurbish and convert the group’s Newman Collard groundsman hut into a fully functioning men’s shed.

Established in December 2019, Liss Men’s Shed is part of the Men’s Shed Association, an international organisation set up to help alleviate the isolation of men caused by issues such as retirement and bereavement by providing a means for its members to come together, support each other and play a worthwhile role within the community.

Head of Dunhurst Colin Baty, who oversaw the repair, said: "It's lovely that the clock overseeing the Mem Pitch is back in service again. We are very thankful for Stoner Cricket Club member Matt Evans and his contacts at Liss Men's Shed to be able to help us out and we look forward to working with them again in future." 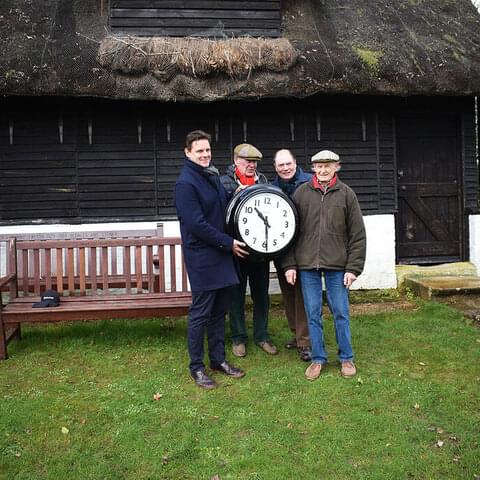