GCSE Students from St John’s College, Southsea, collected their results today achieving an overall pass rate of 80% (A* - C) while 67% achieved the gold standard of five A* - C grades, including English and Maths.

GCSE Students from St John’s College, Southsea, collected their results today achieving an overall pass rate of 80% (A* - C) while 67% achieved the gold standard of five A* - C grades, including English and Maths.

Results at the top end were good, with 28% of students achieving A* - A grades, and 53% A* - B.  The strongest subjects were Chemistry, Physics and English.

There were many individual successes amongst the cohort of 75 students.  Anya Stuart, 16 from Portsmouth, joined the College in Year 7 and was delighted with her set of results: 8A*, 1A, 1B, 1C.  She said “I am so relieved and happy!  To get an A* in Maths was a real surprise – the extra classes paid off. I am most surprised with the results I got for the Science subjects as I was really worried after the exams, but I got an A* in both Biology and Chemistry.”

Alexander Charters, 16 from Drayton, received 6As, 4Bs and 1C, and will carry on his studies at St John’s, taking Maths, Chemistry, Physics and Computing at A Level. Alex commented, “I was really pleased with my overall results, especially in Science with 4As. I’m really looking forward to my A Level, especially Chemistry, as I’ve always found it an interesting subject”.

Myrto Katsoulidou, 16 originally from Greece, moved to England with her family in 2011. Today she received 3A*s, 5As, 1B and 1C. Mytro commented, “I was really pleased with my overall grades. When I started there was a strong language barrier, but my time at St John’s has allowed me to develop my spoken and written English, building my confidence over the years. I really enjoyed taking Art GCSE as I was able to express myself independently”. Now Myrto plans to study Fine Art, Spanish, French and a BTEC in Performing Art.

Joseph Goodlad, 16 from Portchester, said “I was so pleased with my double A* in Science, I put a lot of hard work in, and it really paid off. I feel extremely rewarded for all the time I put into my revision sessions”. Joseph, who has been at St John’s since Reception, received 3A*s, 3As and 3Bs.

Seren Hawkes, 16 from Portsmouth, who stars in the new Studio Canal Film Swallows and Amazons, received her results today after a summer of film promotions and premieres!  Seren said, “I am over the moon with my results. PE was my favourite subject so I am pleased that I was awarded an A.”  Seren represented the College in Hockey, Netball and Rounders during her six years at St John’s.

Zac Clow, 16 from Southsea, received 2A*, 5As and 2C grades, said.  “I am very happy – I was surprised with some of my results and have definitely over achieved.  Now I am looking forward to taking my A Levels here at St John’s. I plan to study French, Spanish, PE and Phycology.”

Angus McIntosh, 16 from Petersfield, who just last night returned from the College’s Chapel Choir tour in Cornwall, received 4A* and 6 A grades. Angus said.  “I got back from Cornwall at midnight last night as I was keen to collect my results from the College this morning.  I am very happy with my results and I received A*s in all the subjects I plan to study at A Level next year.”  Angus joins the St John’s College Sixth Form in September to study A Level Physics, Chemistry, Maths and Further Maths.

Members of the College’s Boarding School did particularly well too including, Precious Olanihun, 5A*s, 3As and 2Bs, Dane Hughes, 4As, 2Bs and 3C’s and Phoebe Van Eker, 4As, 3Bs and 2Cs.

Mr Tim Bayley, Head of St John’s College was delighted with the results and said: “The students that we have seen today have overall been very pleased with their results, and quite rightly so. We have recently introduced a programme of revision classes, and it’s evident that the students who have made the most of these sessions have benefited. Although grades were down slightly on previous years, our value-added continues to rise, demonstrating how much students’ progress and improve during their time with us.” 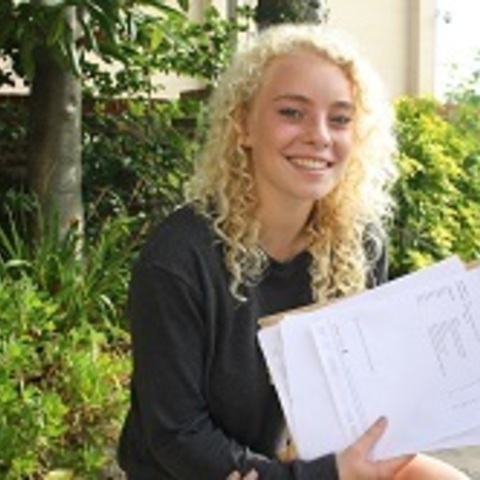 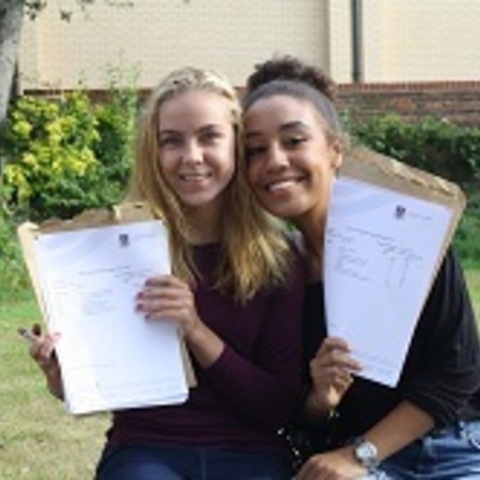 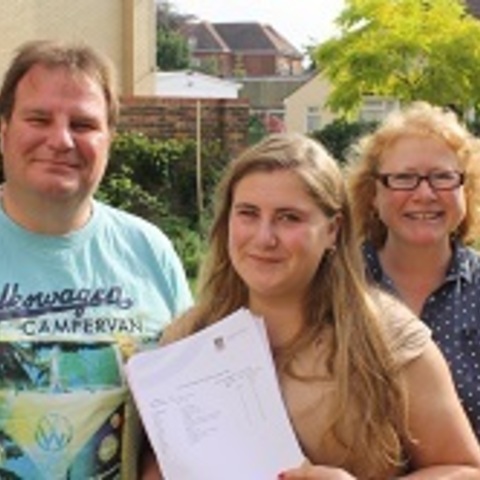