King's Ely has won a prestigious award in recognition of its “outstanding contribution to international school collaboration”. 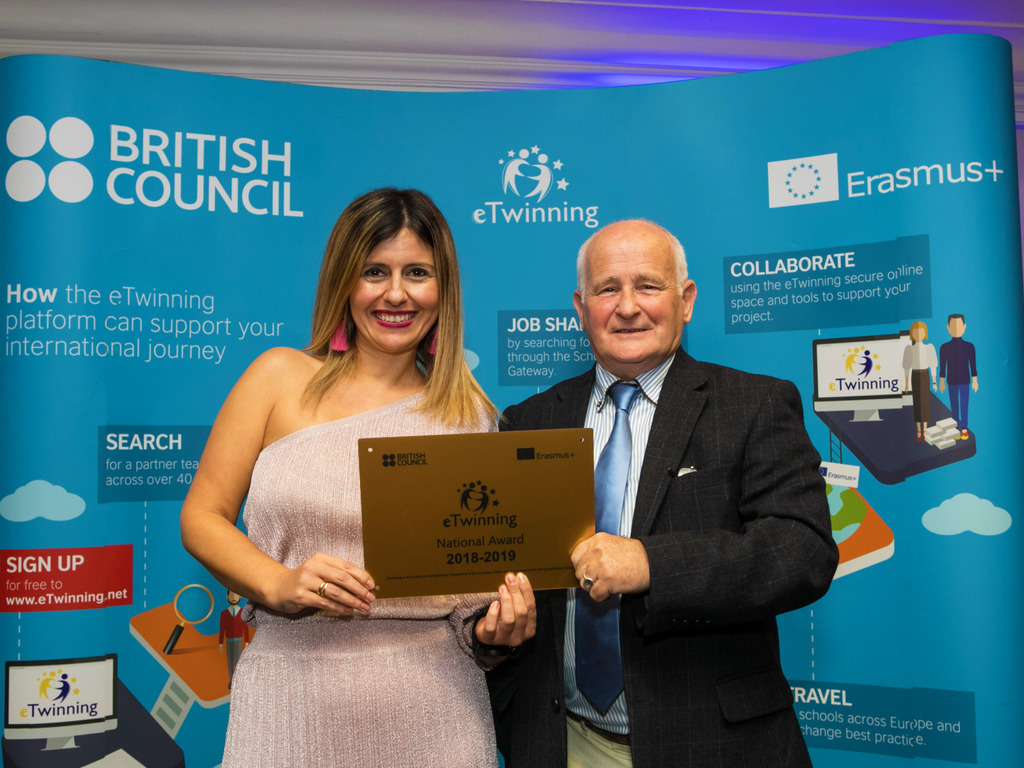 Esmeralda Salgado, Head of Modern Foreign Languages (MFL) at King’s Ely Senior, was on hand to collect the award at the 14th annual British Council eTwinning National Conference in Nottingham.

Four other King’s Ely eTwinning projects were also awarded ‘Quality Label’ status at the ceremony in recognition of their beneficial impact on King’s Ely Junior pupils. Lorraine Oldham, Key Stage 2 MFL Co-ordinator at King's Ely Junior, was on hand to collect the awards.

Speaking about the awards, Mrs Salgado said: “We are over the moon that all five of our eTwinning projects have been awarded Quality Labels. The fact that United in Diversity has secured a British Council eTwinning National Award came as a great surprise but also a great honour. Thank you to all of the students, teachers and parents who have been involved with our eTwinning projects, both here at King’s Ely and overseas.”

United in Diversity has involved Year 9 and 10 students at King’s Ely Senior. The school’s MFL department was successful in securing a Language Erasmus+ Project Grant from the British Council and European Commission to deliver the project alongside students and staff from IES Andrés Vandelvira and College Chaloupe Saint-Leu.

Since the project went live, Mrs Salgado and her team have been instrumental in organising two phenomenally successful exchange trips to both partner schools. As well as the exchange trips, the project has seen King’s Ely students working collaboratively with their overseas partners, including on the production of a video diary in the target language exploring a particular festival which represents the culture of the visiting country.

The culmination of the project was when the French and Spanish schools visited King’s Ely in June this year in order to take part, together with King’s Ely students, in a series of workshops with the aim to design a multilingual, promotional video celebrating the heritage of all countries involved in the project in the context of Europe.

Mrs Salgado said: “I cannot put into words what a fantastic impact the United in Diversity project has had on our students and the whole King’s Ely community. The project has not only enabled our students to improve their linguistic skills because all activities were conducted in French and Spanish, but they have also developed their ICT skills and genuinely fostered a love for cultural differences and tolerance.

“During their visits to La Reunion and Albacete, our students spent most of their time whilst at the French and Spanish schools carrying out their video diaries via workshops. They also got to experience festivals first hand and undertook a number of day trips to emblematic historical or geographical places. As a school, we are so honoured to have been given the opportunity to deliver this project, which echoes the MFL department’s mission to take languages outside the classroom.”

The MFL departments at King’s Ely are hives of activity and the school thrives on developing linguistic competence in all pupils while offering a wide range of enrichment opportunities. Strong links with our partner schools, including in France, Germany and Spain, allows us to make learning a language a rich and real experience, through the use of projects on which to base students’ learning. Working collaboratively with more than a dozen different schools across Europe also resulted in King’s Ely being officially recognised as an ‘eTwinning School’ in 2018. 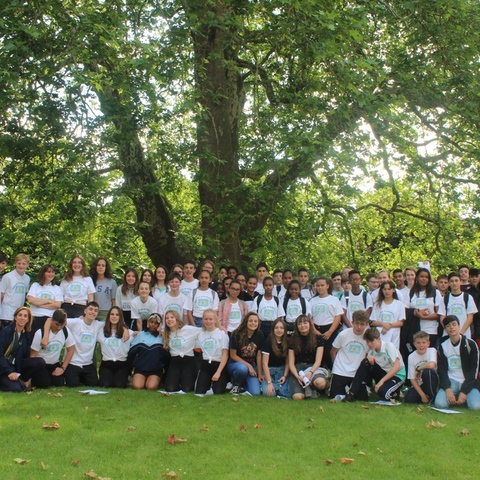