Old Bedalian Gyles Brandreth returned to Bedales recently to hand deliver a copy of his autobiographical memoir, 'Odd Boy Out', and meet current students. Gyles signed the book while sitting in what was his favourite bay as a student. 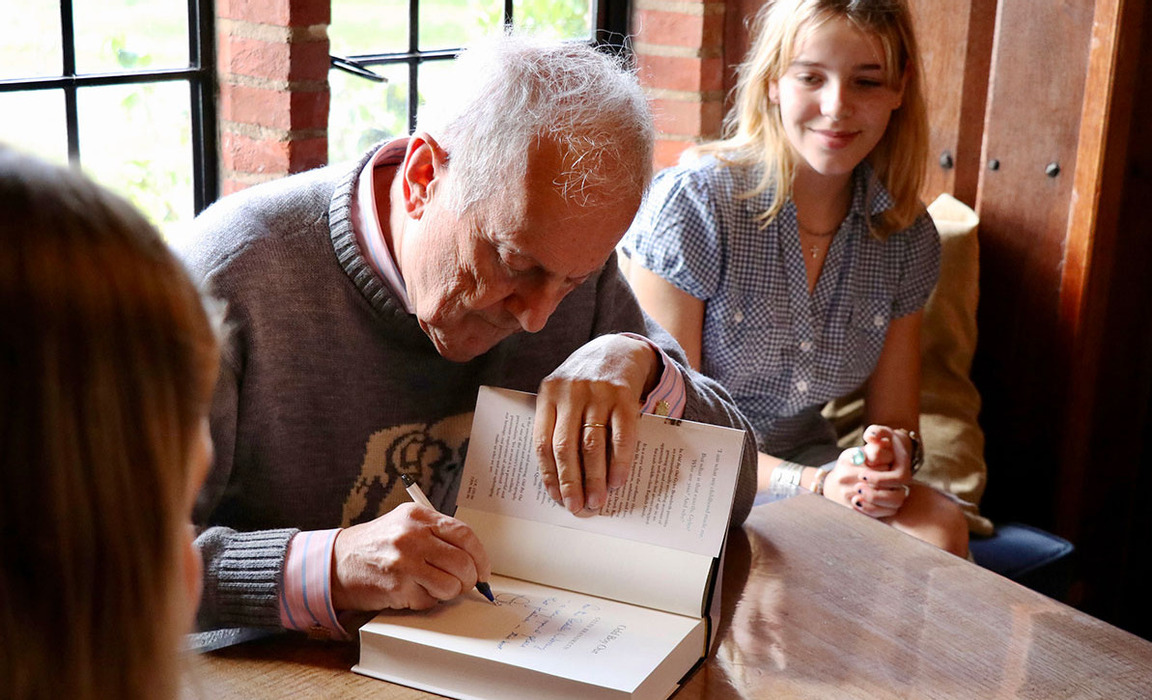 Old Bedalian Gyles Brandreth returned to Bedales recently to hand deliver a copy of his new book, Odd Boy Out, to the Memorial Library.

Odd Boy Out, an autobiography which includes many of Gyles’ memories of Bedales, is the latest of many books he has authored or edited and generously given to the Library in a period spanning over 50 years.

During his visit, Gyles inscribed the book while sitting in what was his favourite bay as a student.

Gyles also talked to current students about his experience as a Bedalian, sharing memories such as playing Scrabble with Bedales founder John Badley, who was then nearly 100 years old.

Gyles explained that Mr Badley used to share his personal memories of Oscar Wilde, a hero of Gyles’, who was a Bedales parent from 1904-1905.

The conversation continued over tea and cake in the Orchard Building, where Gyles spoke about his lifelong support for reforming oppressive laws against LGBTQ+ people.

He had first campaigned on the issue when still a Bedales student, and as an MP supported equalisation of the age of consent in Parliament.

Odd Boy Out contains many stories about how doors opened for Gyles because he was bold enough just to ask; as a student journalist he secured interviews with Heads of State and as a student dramatist he persuaded world-famous actors to appear on his stage.

He encouraged the students he met during his visit to be ambitious and “just go for it”.

Bedales Librarian Ian Douglas said: "Thank you to Gyles for taking the time to visit Bedales and giving a copy of Odd Boy Out to the Library.

"I had been sure that Gyles’ memoir would be terrifically funny, but I didn’t know it would be so moving as well.

"I hope that many, many Bedalians will read it." 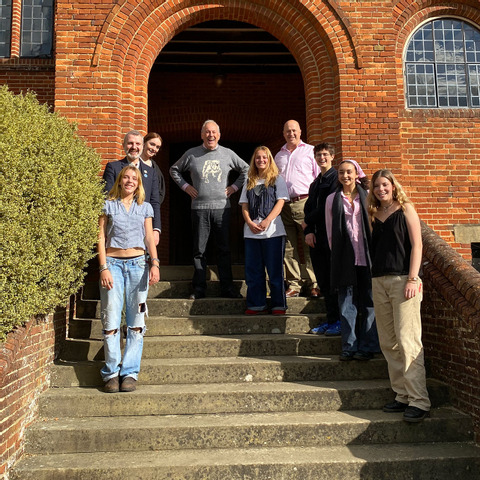 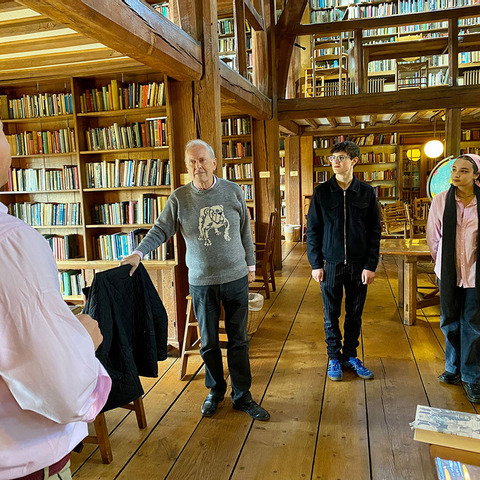