Musicians from King’s Ely have joined forces (virtually) to record a song in honour of the work being carried out by NHS and frontline workers. Around 60 pupils feature in the recording of ‘Like A Rainbow Shining’. 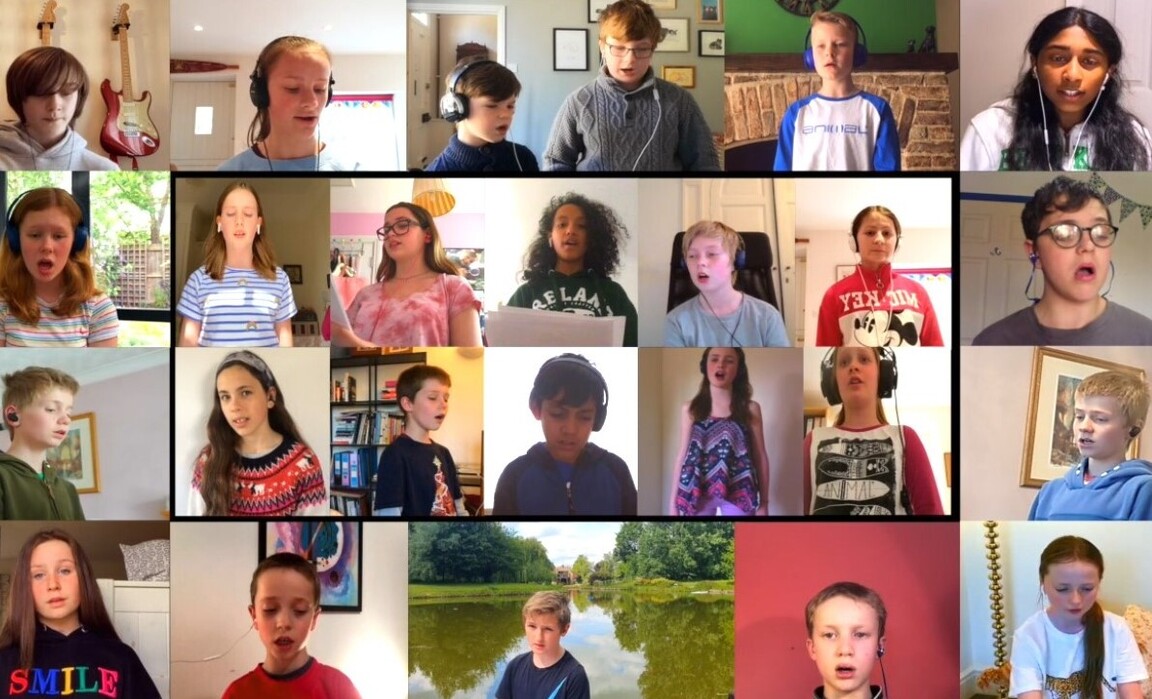 Around 60 pupils from King’s Ely Junior and King’s Ely Senior feature in the recording of ‘Like A Rainbow Shining’, a song written by British composer, Will Todd. Students recorded themselves or got a family member to record them singing at home and their audios and videos were then put together by King’s Ely’s Director of Music, Neil Porter-Thaw.

King’s Ely will be releasing three versions of the song – one starring members of King’s Ely Senior’s Chapel Choir, one featuring King’s Ely Junior’s Chamber Choir and Choristers, and then a version with all pupils involved.

Mr Porter-Thaw said: “It has been so difficult for us all not to be making music together in person. Simply nothing can replace live rehearsals, but we have continued our rehearsals virtually and the attendance from students has been excellent. In both King’s Ely Junior and Senior, we sing quite a bit of Will Todd’s music, whether on tour or in Ely’s wonderful Cathedral, so when I heard about Will’s latest composition, I jumped at the chance of working with our students on a recording to add our support to the courageous work the NHS are doing. The pupils thoroughly enjoyed the experience, but I have to say that I wasn’t quite prepared for the hours of work it takes to mix and edit around 60 pupils’ work! I am ever so grateful to a member of staff’s daughter, Caroline Hill, for her amazing offer to help with the video editing.”

Will says he wrote the “song of hope” after taking inspiration from the trend of painting/drawing rainbows and putting them up in windows as a sign of a hopeful future.

Speaking about the project, he said: “I am so thrilled that King’s Ely has enjoyed working on my song, Like A Rainbow Shining, and that students have been able to connect as a virtual choir in these difficult times. It’s a great performance. Best wishes to you all. Keep singing and shining!”

King’s Ely has raised hundreds of pounds for NHS Charities Together since lockdown started – mainly by members of staff paying a small donation in order to take part in virtual quizzes with each other.