An initiative at King’s Ely to spread love and positivity has raised over £1,400 for an orphanage in India. The boys' a cappella group united virtually to create a Valentine’s eCard which could be sent in return for a minimum £2 donation. 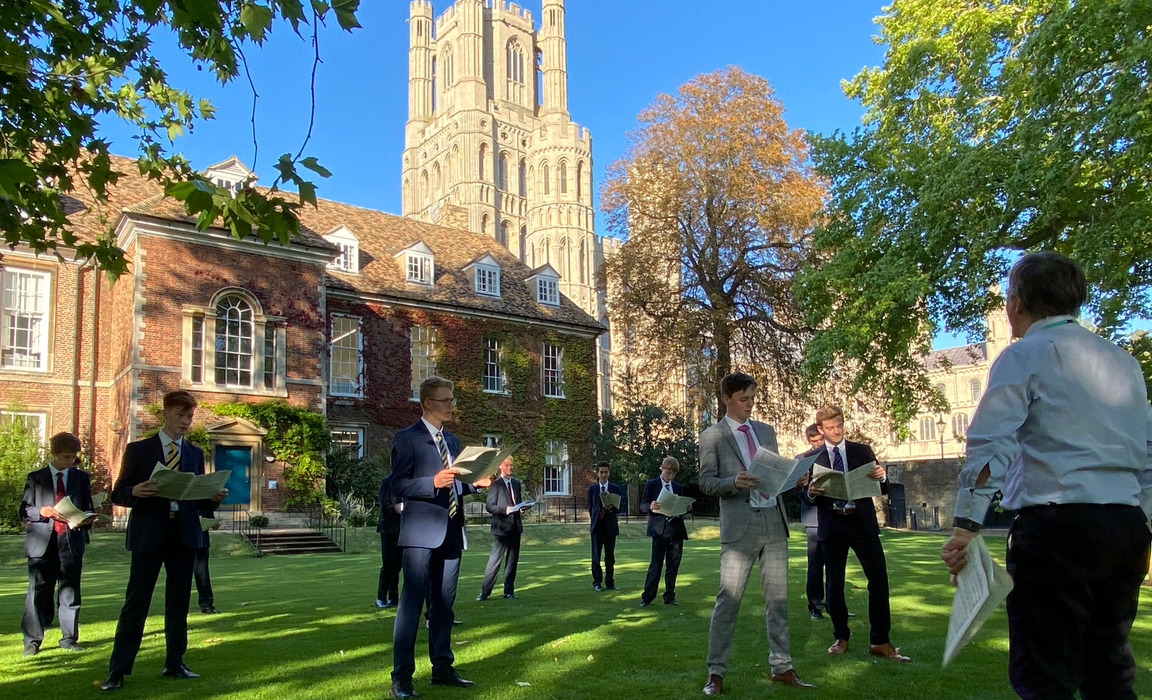 King’s Ely’s award-winning boys' a cappella group, The King’s Barbers, shine all year round, however Valentine’s Day and the month of February is a particular highlight for them, as they spread cheer around school by singing to people in return for small donations, raising hundreds of pounds for good causes.

This year, due to the current circumstances, the Barbers sadly were not able to serenade members of the King's Ely community in person.

Determined to still celebrate the month of romance and to raise funds for their linked charity, the Bethesda Life Centre Boys' Orphanage in Goa, the boys decided to sing to people virtually instead and the ‘Barbers’ Valentine’s eCard’ was launched.

The Barbers united virtually to create audio and video to accompany a wonderful arrangement of John Legend’s ‘All of Me’ by Year 13 Barber, Jamie Layfield.

People were then able to send the video via the eCard to someone they love or care for around Valentine’s Day in return for a minimum £2 donation.

The initiative was hugely popular, attracting attention from as far as California!

Peter North, Founder and Director of The King’s Barbers and Head of Vocal Studies at King’s Ely, said: "There is no doubt that the Barbers' Valentine’s celebrations this year exceeded our expectations by a long way!

"We had set ourselves a target of raising £500 for the orphanage but at the final tally we will be able to transfer over £1,400 with gift aid.

"This is an amazing amount and the Barbers would like to thank everyone who contributed so generously."

He continued: "My thanks go also to the Barbers themselves, who helped create the video that we included in the eCard.

"This was a joint effort with many boys contributing both audio and video for the brilliant arrangement that Jamie Layfield made of 'All of Me.'

"Throughout this strange time it has been important to me that we as group tried to create opportunity out of adversity and I am really proud of what we have achieved together."

The Barbers, who were recently crowned National Youth a Cappella Champions, have been supporting the Bethesda Life Centre since 2019 after they visited the charity’s orphanage for boys during their tour to India that year.

The Bethesda Life Centre charity was founded around 15 years ago and continues to transform the lives of hundreds of women and children each year by providing residential care homes to children who need protection, help for AIDS victims in the form of medicines, clothing and food, and equipping children who have learning difficulties in the charity’s special school.

Members of the Barbers are all former cathedral or college choir choristers and they sing everything from timeless classics to contemporary a cappella songs.